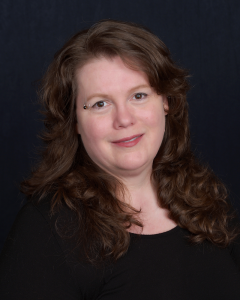 I live and breathe storytelling. I build worlds, weave plots, and do terrible things to interesting characters—all in the name of entertaining you.

As a senior narrative designer, I molded story and character for the award-winning game, CONTROL, by Remedy Entertainment.

I was on the pre-launch narrative team for Guild Wars 2 and continued to develop that story for 10 years.

I pitched beloved characters such as Kasmeer, Marjorie, Braham, Rox, Taimi, Bloomanoo, and many more.

Games I’ve worked on have inspired players to marry, to come out, and to get tattooed.

I’ve had three novels and a short story collection published as well as numerous short stories in periodicals and anthologies.

I crafted content for roleplaying games such as Vampire: the Masquerade, Mage: The Gathering, and Changeling: the Dreaming.

I founded and mentor an indie game team where I work with artists, developers, and writers, creating an adventure roleplaying game.

Fascinated by audio storytelling, I write, direct, and produce the audio drama “Dire Multiverse.” I also narrate audiobooks in my home studio.