“The Christ of St. Jozef Church” 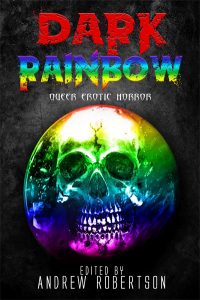 Where You Can Read It

In 2004, my dear friend Cate and I were staying for a month in the Netherlands. She was there for university and an Economics conference, and I tagged along to get some writing in. I was inspired by the people I saw while there, drawn to the country’s simple and stylish aesthetic, and mentally turned on by the diversity I found there. The main character is an economist because I was immersed in conversations about the field while I was there. This story captures that trip and is, in many ways, a souvenir of it. 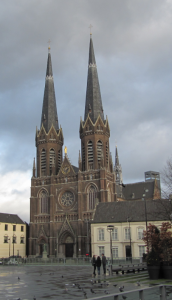 In Tilburg, there’s a church–St. Jozef Kirk. One day, I was out touristing and decided to go in. I entered the sanctuary through the main doors and turned right. There, in an alcove, was a statue of Jesus on the Cross. I stood there flabbergasted, then started to cry. I was so moved by it, so disgusted by it, and so deeply horrified that it was a long time before I could peel myself away. The Christ figure there is life-size and realistic. There was blood everywhere, and he had underarm hair, leg hairs, and even hair on his stomach. The scrapes on his knees looked so painful. It inspired this story. This is that Christ: 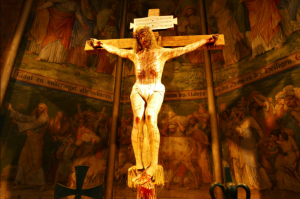 It took me 14 years to find the right publisher for it, and I am so pleased that the editor Andrew Robertson latched onto it.

When he just can’t take it anymore, economist Michael Phelps chooses a drastic path toward redemption. Struggling with the guilt and shame imposed on him by society because he’s gay, he hides his true self behind a mask of scholarship and religious faith. But when he meets a young man who doesn’t give up on him, his desires and the tragic fate he has arranged for himself clash together in ways he never could have foreseen.

My name used to be Michael Phelps, Ph.D. I was 33, and I taught Economics at the Ohio College of Mount St. Joseph. The story of my decline began when I stepped off the train in Tilburg, Netherlands, and found myself surrounded by beautiful bodies, chic haircuts, and a language in the sea of which I floundered. A Dutch peacock caught my eye. He wore purple pants so tight they sucked up into the crack of his behind creating a vertical smile. I wanted to caress that smile, tip it horizontal, but my soft abs, my unimaginative attire, and my distaste for all things unhealthy kept me isolated. I was a human desert in the center of a vast oasis.

I taxied into town. My hotel had a tactless charm, gold and green, with flowers everywhere: in the wallpaper, on the bedspread, and in the furniture’s gilt embellishments. It flaunted its tastelessness with the irreverence of old age.

I hung my suits in the armoire, washed off the stink of travel, and put on my pajamas. An envelope on the bedside table awaited me, marked with my name. It bore the seal of the Order of St. Jozef. The letter instructed me to meet them in three days’ time for the holy transformation. A wave of nausea surprised me, and I thought of the monk who had approached me.

He’d said, “Your sacrifice will secure your place at His side.”

I asked, “Will it be painful?”

“Will it be over quickly?”