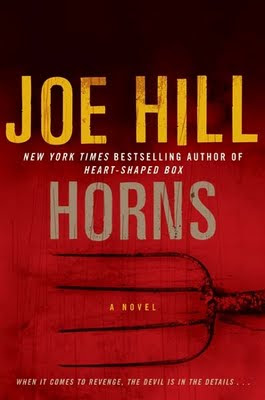 Have you ever read a book that gave you the feeling you were in the company of greatness? Joe Hill’s Horns did that for me. It’s the story of a man who discovers a growing affinity with the devil as he unravels the circumstances surrounding his murdered girlfriend. Its primary theme is that sin is a natural aspect of being human, and yet, there’s a golden thread of goodness that runs through it, highlighting that even though they sin, most people are fundamentally good. This book takes Christian religious mythology by the horns and gives it a damned good shake.

As a reader, I have to say that Horns made me think, it made me re-evaluate some of my previously held convictions, and it kept my attention rapt all the way to the end. The fast-paced action never stops.

As a writer, I was awed by Joe’s skill with storytelling. Talent only takes you so far when you’re a storyteller. If you don’t hone your skills, you’re doomed to spend your authorial life in the bargain bin. Joe has done what so many authors fail to do. He has created a cohesive whole, not just a rambling story. Most of what I read these days is nothing more than a narrative of events. Joe has done much more than that. It’s the difference between laying pretty stones out in a row and using them to build a temple.

I could teach a whole course on the right things to do when you’re writing a novel, based on Joe’s book, because I learned from reading it. He hits his marks time and again, bringing the story into perfect balance from beginning to end, all the while keeping you enthralled in morbid delight.

Horns isn’t horror in its truest sense, although there are horrific events in the book. I’d be more likely to call it dark fantasy, but that sounds too froo-froo. This is by no means a cute or sweet book, although it does have a thick vein of romance at its core. So, upon consideration, I think I’d label it “dark fucking romance.” And that, makes me smile.

Sincerely, this is the best book I’ve read in years. Thanks, Joe.

I read the audio version of this book, downloaded from Audible.com, read by Fred Berman. Fred did a great job.