Confessions of a Wily Newb, Part 3, by Paris Crenshaw 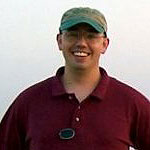 For me, this was probably the most difficult lesson to learn. Again, we’re back to the basic principle that writers actually do write. No one is going to buy or publish half of a story, so when you’re starting down the scrivener’s path, you need to actually finish a project.

This seems like a truism, but I spent a long time going from one half-finished project to another. I’d start a story, or write an incredible fight scene, or start describing a setting, then move on without ever completing any of them. Something would “come up” or I’d realize the project was going to take longer than the few hours I’d already dedicated to it and then life would happen. The project would go unfinished. I’m sure I’ve got old floppy disks lying in a box somewhere just chocked full of brilliance that will never again see the light of day. Don’t let that happen to you!

One of the easiest ways to overcome this problem is to start relatively small. I think most writers have that “epic novel” inside of them. You know the one. That one idea that you keep coming back to, time after time. The one that you can’t wait to share with the world. Yeah, that one. The problem is, that epic project probably shouldn’t be the one you start your career with. As far as I can tell, It’s not how most successful writers started, either. (Note: For some proof of that, check out Before They Were Giants one of Paizo Publishing’s Planet Stories titles. It’s a compilation of “first works” from some of the greatest names in science fiction.) Those folks started off with short stories. I think you should, too.

Why? Because it teaches you some things: You learn to compose a story from start to finish. You learn to develop characters. You learn to edit your work. You learn to keep within a word count limit, which also teaches you economy in your phrasing. Learning these lessons is easier in short stories because you have less material, fewer characters (usually), and fewer words to work with. Even so, all of these lessons can be applied to the larger work of a full-length novel when the time is right.

But most importantly, you should start small because you have a better chance of finishing a short story. And actually finishing the project is proof to yourself that you can finish a project.

Another tip that you’ll see around the internet is to give yourself a deadline. That might work on its own, depending on how disciplined you are. Frankly, as a husband, the father of twins, a Naval officer, and a homeowner, I can find lots of excuses to slide my own deadlines to the right when they get too close. Setting my own deadlines didn’t work so well for me.

What did work was having someone else set my deadlines for me. When Wayfinder magazine was announced in March 2009, I knew I wanted to be part of it. The project was a fanzine. It would not be sold, and I would not be paid for publication in it. But Paizo’s Pathfinder setting had become one of the favorite playgrounds for my imagination, and I wanted in. Submissions were limited to 1500 words and they were due by April 15th. Instantly, I had my deadline.

With each subsequent issue, I took it as a point of pride that, whether my submission was accepted or not, I would submit something. That motivation alone was enough. I finished three Wayfinder stories and two other short stories in two years–more finished projects than I’d ever written in that amount of time. The very act of getting the job done inspired me to do more. That kind of satisfaction is a powerful motivator you can use to help keep you going.

Paris Crenshaw resides with his family in San Diego, California, but spends much of his time on the Pacific Ocean, serving as a Surface Warfare Officer in the U.S. Navy. While pursuing a career as a Naval Officer, he has maintained a love of writing and creating, focusing most of his energy on the sci-fi and fantasy adventure genres. His most recent publications include stories in the first and second issues of Wayfinder magazine, a fanzine for Paizo Publication’s award-winning Pathfinder roleplaying game setting.