Editors Cassie Hart and Anna Carro put together a short fiction anthology whose proceeds went to the Red Cross fund to assist victims of the earthquake that caused so much death and destruction in Christchurch, New Zealand in 2011. 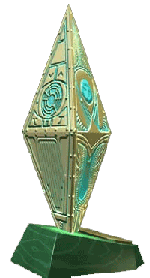 So amazing was this project that it won a 2012 Sir Julius Vogel Award for Best Collection!

Try to imagine the ground shaking beneath your feet and the buildings falling down around you. Imagine having to cook on a camp stove in your back yard for weeks, boiling your water, and running out of things to entertain and distract your children because school has been out. Imagine being afraid that you won’t have enough gas to get to the nearest open grocery store to buy food for your family. 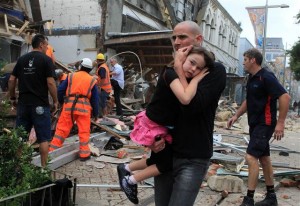 This was the situation in Christchurch, New Zealand. The initial 7.1 earthquake hit the city on September 4, 2010, and the aftershocks continued for a year after that. The largest was a 6.3 that occurred on February 22, 2011. This aftershock killed at least 166 people and did incredible property damage. Utilities went down, and PTSD was widespread.

Now, imagine how much money and work it will take to get this shaken city back to a working state. People lost jobs. People lost family members. The infrastructure was damaged. And months of aftershocks continued to bully those who stayed behind to rebuild. The New Zealand Red Cross worked directly with the people, the mothers, fathers, and children who were affected, making sure they had food, water, medical care, and emotional support.