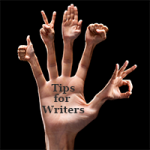 Writing Tip #1: Be the player.

When you’re creating a video game, you’re not doing it for yourself. You’re creating something that you hope will please your fellow human beings. Therefore, when you’re writing dialogue, skill descriptions, lore bits, or even marketing content, you keep your audience in mind, and for your video game, that’s the player.

Filter everything through the player’s viewpoint. It’s far too easy to mislead the player, confuse the player, raise false expectations, and even offend the player. You don’t want to do any of that. You disconnect yourself from your own mind, your own bank of knowledge, and your own expectations, and look at the things you’re writing from the perspective of someone seeing it for the first time. It’s all about the player.

Writing Tip #2: Be the non-player character.

Each and every character in a game deserves to be brought to life. Every single character that you’re writing dialogue for has a life, a beginning, a middle, and eventually an end. That character may have a spouse, children, and a dream. She may not. Video game writers deal with thousands of characters, and you develop the ability to make each one not only feel unique, but react to her world as if her own life is the platform from which she sees it.

You have to be quick, writing hundreds of lines per day, so you develop the ability to change character viewpoints like you would change coats. You close your eyes and sense the elements surrounding this character that make her unique. You take into account her social class, education, general attitude, hopes, fears, and—most importantly—current situation. You see her in that situation and find her reactions.

It’s enough to make anyone dizzy. There are days when I go home mentally exhausted because I’ve been dozens of people that day, people who had momentous—terrible and wondrous—things happening to them. It can be exhausting, but it’s also exhilarating.

There are obvious challenges to writing in a video game world that’s vast and full of detail. In order to achieve world cohesion, you are always aware of the world’s parameters. Imagine everything as if you are living there yourself, with all the history and current affairs. I constantly ask myself the following questions as I’m writing:

In your mind, be there in the world with the character.

Writing for video games is a lot like playing Make Believe when you were a child, except that it all happens in your head. You sit at your desk, looking comfortable and calm, while inside you’re being terrorized, displaced, disrupted, and possibly even murdered. Typically, video game worlds are neither comfortable nor calm.

Then, when the day is through, you get up, take off your head phones, turn off your monitors, and step back into the real world. If you’re like me, you head out into city traffic and are terrorized, displaced, disrupted, and possibly even murdered on the highway.