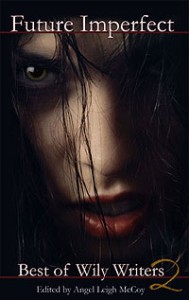 Between 2009 and 2015, I produced a podcast of speculative fiction at WilyWriters.com.

I partnered with celebrity guest editors to choose the best two stories each month. I was fortunate to have some amazing guest editors and writers appear at Wily Writers. In addition, the readers who interpret the stories on the audio recordings are just awesome to listen to!

Among my guest editors, I’ve had talented folks from the video games industry, including Cory Herndon, Rich Dansky, Paris Crenshaw, and Phil Brucato; and I’ve had skilled anthologists and magazine editors such as Jennifer Brozek, Lisa Morton, Nate Crowder, Martel Sardina, and Stacey Janssen. All guest editors are hand-picked for their keen eye for amazing fiction.

On the writer side, we’ve published a good mix of skilled, accomplished writers and new, burgeoning writers. We never judged a story based on the name attached, and we were committed to publishing new writers with a passion for pursuing their craft.

We published an annual “Best of Wily Writers” anthology that collected the stories I felt best represented what Wily Writers was about.